Tech That Didn't Survive The Decade 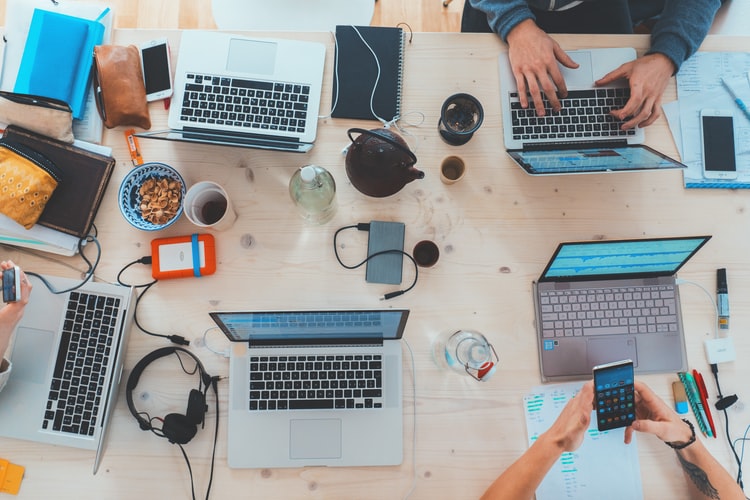 The decade is just about over, and with the start of a new era comes incredible technological advances. Over the past 10 years, creators have come out with the latest innovations which have improved technology by leaps and bounds. Unfortunately, there are some devices and apps that just didn't make the cut and won't see the start of 2020. Stroll down memory lane and say farewell to the tech that made it possible to be where we are today.

The Playstation Vita was launched by Sony in 2011 as a portable, hand-held gaming console. The first year, it made a huge profit for Sony and had the ability to connect with Playstation 4 games. This enticed users because they were able to take their favorite games on the go. As time went on, however, sales declined rapidly due to competition such as the Nintendo 3DS, Switch, and Gameboy Advance. Production of the Vita and it's cartridges ended in March of this year.

All the way back in 2002, BlackBerry released their first "smartphone". Complete with a trackball, full keyboard, email, and Web browsing, it also ran on BlackBerry OS - their own operating system which was compatible with their devices. BlackBerries were extremely popular, as people really enjoyed the new capabilities they couldn't get with any other phone.

In the mid-2010s, and because of strong competition from Android and iOS, BlackBerry lost it's dominance in the market and had to re-strategize. They ceased using their own OS, and starting making Android-based phones in 2015. In 2016, they completely halted the production of the BlackBerry smartphone we all knew and loved.

Since then, BlackBerry has licensed out phone production to another corporation and still produces some smartphones - but, unfortunately, they will never be able to compete with giants like Apple and Samsung.

With the rise of new innovative smartphones, came the downfall of iPods and MP3 players. Back in the early 2010s, having the latest music player was all the rage. Being able to listen to your favorite songs on a portable device without having to worry about a CD skipping was enviable. Devices like the iPod Shuffle, iPod Mini, iPod Nano, iPod Touch, the Zune, amongst others were the most sought after tech.

As time went on, newer, faster, and more capable smartphones hit the market - making music players obsolete. Having "an app for that" really ended up being easier and more cost-effective. Being able to store and listen to your music on your smartphone made having a separate MP3 device seem unnecessary. As of today, the iPod Touch is now the only iPod for sale on Apple's website - which still isn't selling very well since music can easily be stored on any iPhone. Zune players were discontinued in 2011.

Launched in 2012, this immensely popular app gave content creators a platform to display their talents or comedy through 6-second videos. It took off right away and became one of the most interesting, hilarious, and well-liked applications available.

With the introduction of short-form video posting by other platforms, such as Instagram who launched the capability of 15-second videos, Vine started losing traction and Twitter (their owner) started losing money because of it. In 2016, they announced that they would be shutting down the app. In 2017, the Vine website was put into a permanent archived state. Rest in peace, Vine.

For the same reason the BlackBerry is extinct, so is the Windows Phone. With such a competitive market and a lackluster product, they didn't stand a chance against Android and iOS. Launched by Microsoft in 2010, this phone had the capability of having your laptop at your fingertips, yet it didn't draw enthusiasm from app developers.

Unfortunately, not all tech can withstand the test of time. Apps and devices can become obsolete in a short period of time to pave the way for newer, more innovative technology. As this ever-growing industry changes and grows, it's important to get an I.T. company that can keep up with the latest trends and can help with all types of new technology and devices! Click here for more information about our services and how we can be your go-to agency for all your technology needs!

Ready to take the plunge and partner with an I.T. company that can keep up with the newest technology? Check us out!